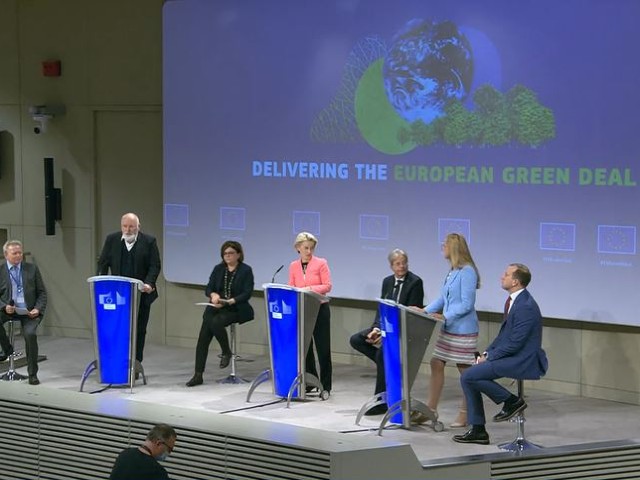 So said Frans Timmermans, European Commission Executive Vice-President for the European Green Deal, while unpacking the Fit for 55 policy proposals presented by the Commission today.

In order to cut emissions by 55% by 2030, the Fit for 55 roadmap of legislative changes is intended to put a greater price on carbon and a greater premium on decarbonisation.

EC President Ursula von der Leyen said: “Our current fossil fuel economy has reached its limits. This is why we have set out to make the climate goal, not just a political aspiration, but rather a legal obligation.”

These legal obligations are quite monumental and will cause massive disruption to say the least. News sources are already reporting stark reactions to the announcement, with the German environment ministry calling the proposals to reform the bloc’s climate and energy policy “nothing less than a new industrial revolution in the European Union.”

Timmermans emphasised how challenging this will be. When asked about where the greatest resistance will come from, he suggested that the EU Parliament and member states will probably not like elements.

However, he added that “you can’t dispute the goal, which is now law. We are open for discussion, but people are most worried if this will be fair. The onus is now on the commission to prove that this leads to fairness and solidarity. If we fail to prove that, the resistance will be massive”.

Key elements of the package:

Industry reaction to the Fit for 55 package started as soon as Timmermans finished speaking in Brussels today.

Jorgo Chatzimarkakis, Secretary General of Hydrogen Europe, was positive: “Fit for 55 marks the dawn of a new era and hydrogen sets the course for a new paradigm.

“Time is precious for the EU to reach its ambitious emission reduction objectives in just ten years. It must start walking the talk now, and hydrogen gives the Fit for 55 initiatives a major push to achieve the EU’s climate objectives on time.”

Even though the social climate fund promises investment support and protection for the vulnerable, the awesome task of revolutionizing European industry will have untold impacts. Only time will tell what the magnitude of these impacts will be as well as how member states will react.

All the legislative proposals are available online.

Smart meters on UK’s DCC network doubled in one year